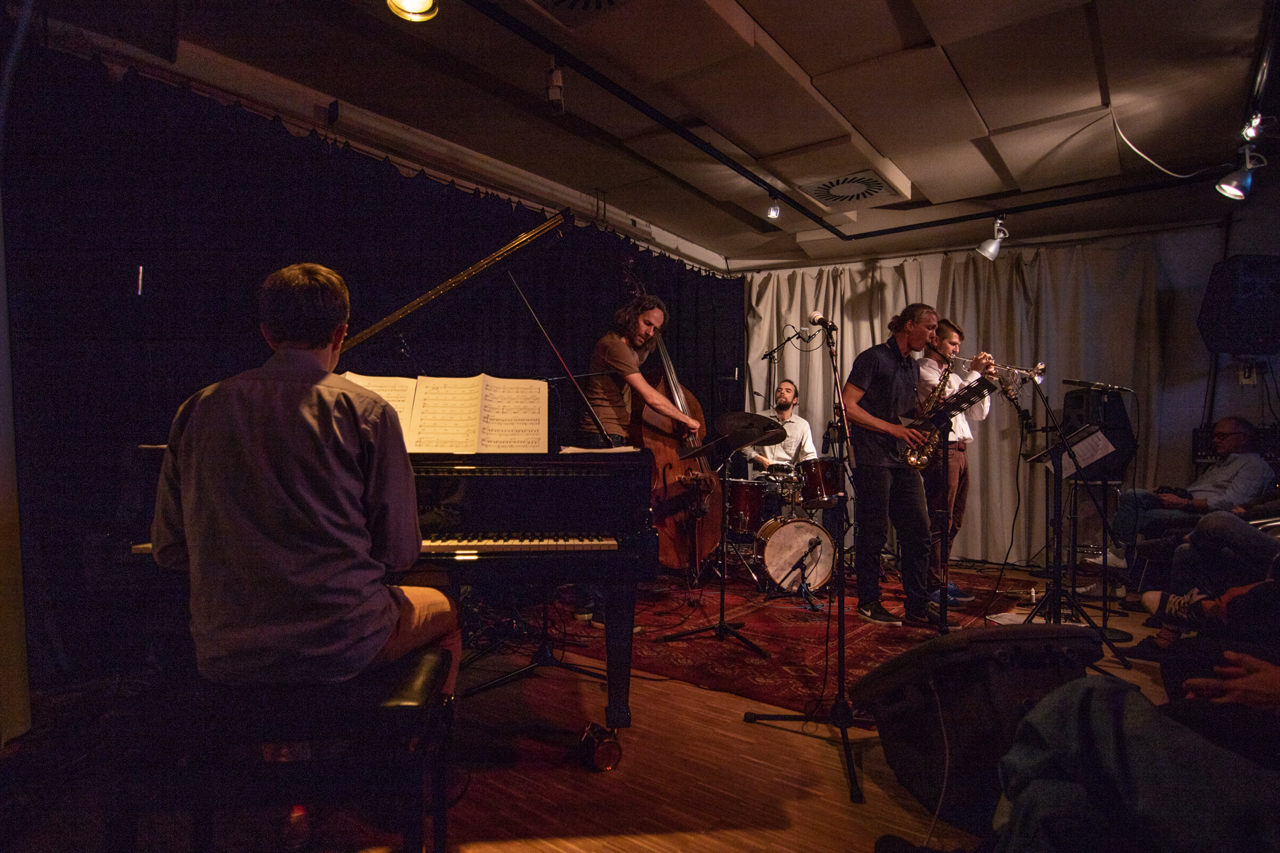 
„Red Hering is an ensemble founded by me whose core consists of six musicians. But unlike a typical Jazz sextet the horn section is complemented by human voice.
I had always wanted to lead my own project. In 2019 I eventually developed a clearer idea and found the right musicians to make it come true. When I compose I’m inspired by a variety of influences. These can result in abrupt changes and stretches of conventional styles. Call it Modern, Improv, Creative or a crossover of any kind. You decide. It is Red Hering.
In 2019 we had the opportunity to play a few compositions live with a string quartet. This blend of chamber music and a modern jazz ensemble has always intrigued me. Hopefully we will continue playing with strings live and at the recording studio!“

Error: Error validating access token: The session has been invalidated because the user changed their password or Facebook has changed the session for security reasons.
Type: OAuthException
Code: 190
Subcode: 460
Please refer to our Error Message Reference.