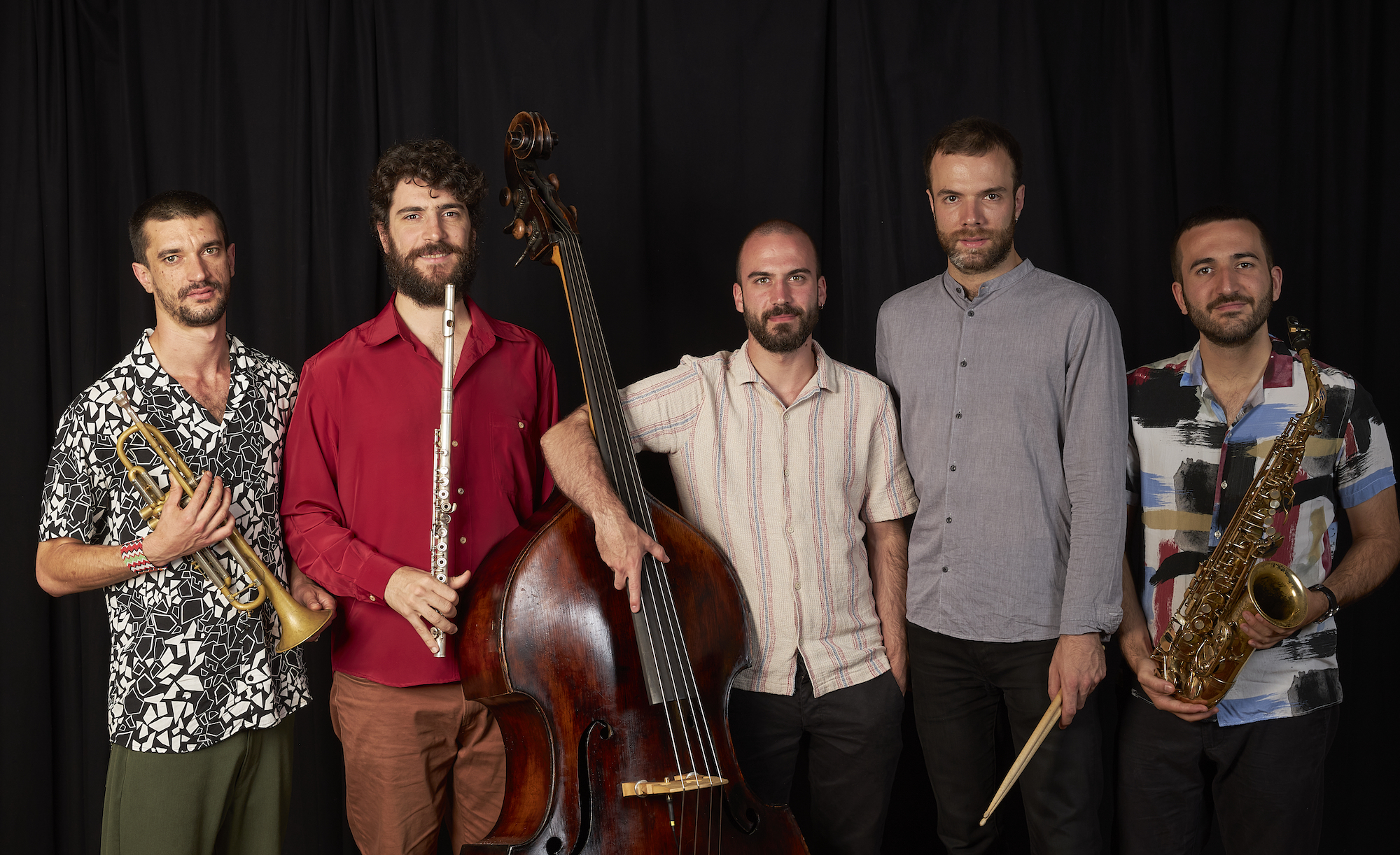 It was autumn 2018 when Maximilian invited his favourite musicians from the local jazz scene of Barcelona to play a gig at one of Barcelona’s jazz clubs. The extraordinary line up -two horns, bass and drums- proved to be a format in which all four players would have the freedom of unfolding their personality and creating a vivid musical interplay between each other. After their first gig the four musicians continued playing and performing together and the Maximilian Hering Group was born. In their repertoire, compositions of Ornette Coleman, pioneer of approaching jazz pieces in a freer way, and Thelonious Monk were gradually making more room for originals. In 2021 the band recorded their first album "Nostalgia" in Barcelona, containing only original music by bandleader Maximilian. It was released on January 7th of 2022 on Klangraum Records.